Medicare Insurance > About Medicare > How Would an Obamacare Repeal Impact Medicare?

How Would an Obamacare Repeal Impact Medicare?

You have probably heard a lot of discussions about an Obamacare repeal on the news. You may know that Obamacare, or the Affordable Care Act (ACA), is health-care reform.

The ACA made lots of changes to the US health system. If you rely upon Medicare for your health benefits, you may wonder if an Obamacare repeal would impact your health care.

Would an Obamacare repeal change Medicare?

Obamacare repeal or not, people are worried about Medicare’s future

Most Medicare beneficiaries in an eHealth survey were concerned that Medicare might not be there for the long haul. In fact, only 17% of those surveyed didn’t have this concern. Over 1,000 people participated in the survey. 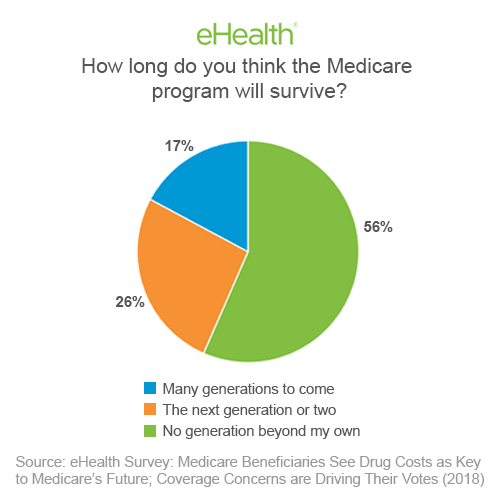 Do you really need to worry about an Obamacare repeal hurting Medicare spending? No one knows for sure, but here are some research-based facts.

The Congressional Budget Office estimated that Medicare spending would increase by about $802 billion by 2025, and that about $350 billion of that amount would be because of an Obamacare repeal. That increased spending will likely result in higher payments to doctors, hospitals, and other providers, KFF reports.

An Obamacare repeal might increase your Medicare cost-sharing amounts

Medicare Part A annual deductible and coinsurance/copayment amounts would probably go up if Obamacare were fully repealed, KFF reports. Likewise, the Medicare Part B premium and deductible would likely increase.

An Obamacare repeal might lower your Medicare Advantage cost-sharing amounts, while increasing benefits

The ACA reduced payments to Medicare Advantage plans, so if these plans were paid more, they might pass along the savings to members. They might also decide to add more benefits not covered under Medicare Part A and Part B (like routine dental care, for example).

An Obamacare repeal of the ACA Marketplace

This Marketplace does not include any Medicare coverage, including:

An Obamacare repeal of Marketplace features should have no impact on which Medicare plans are available in your area. It also won’t change the way you enroll in Medicare insurance.

Is an Obamacare repeal likely to impact Medicare?

The government created a complex and broad set of legislation with the ACA. Because of this, parts of the rules impact many Americans with various kinds of health insurance. An Obamacare repeal may not mean repealing everything that affects Medicare.

Would you like to compare Medicare plan options conveniently, right on your smartphone or computer? To get started, simply click the Get Quotes button to schedule a phone call or to request a personalized email.